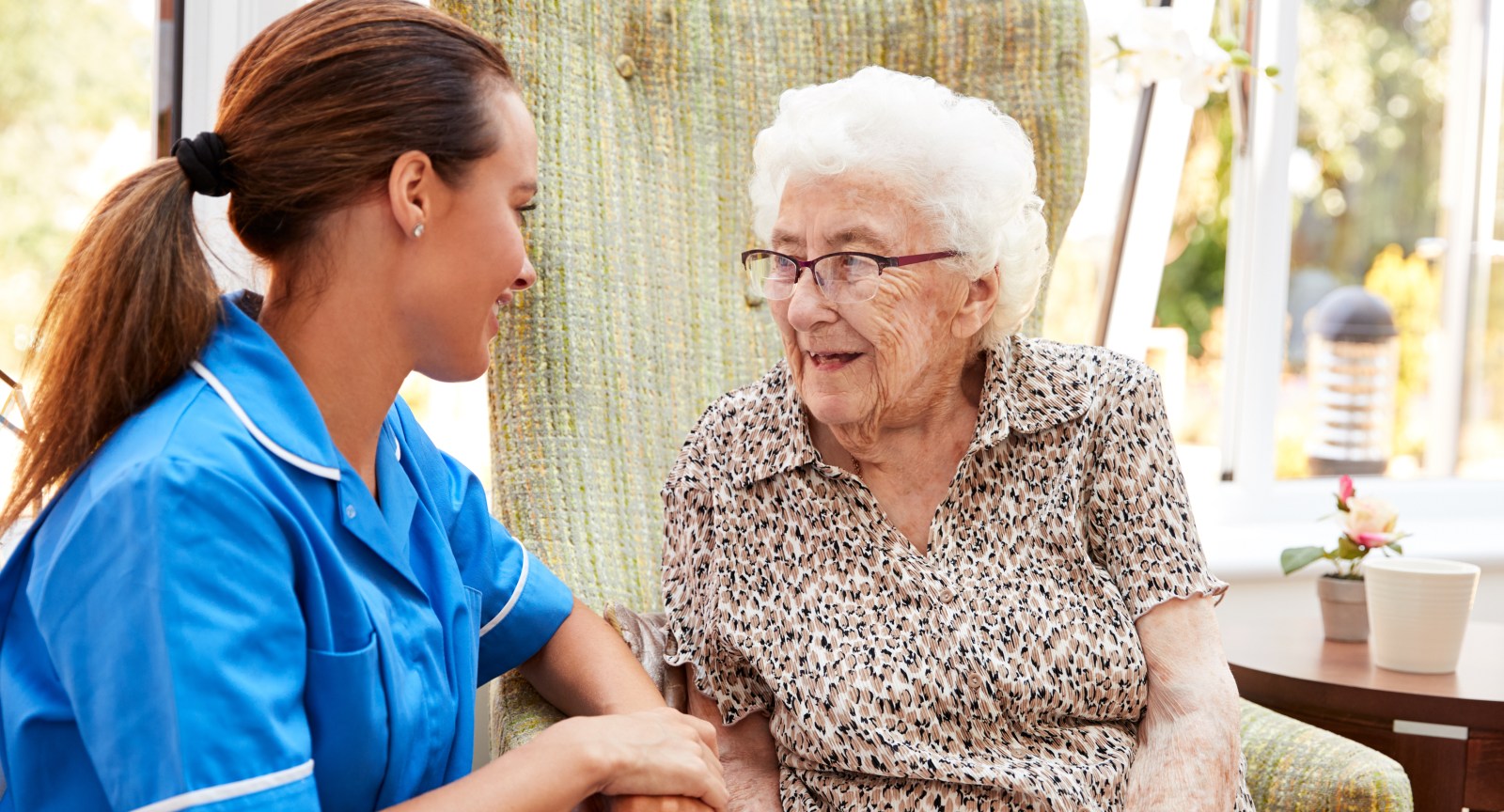 PESRAC is chaired by Mr Don Challen AM. 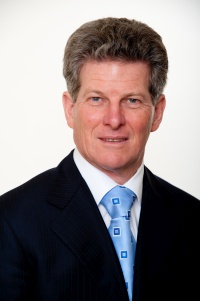 Don commenced his professional career as an academic economist before spending 25 years as a public servant, initially with the Australian Government and later with the Tasmanian Government. In Tasmania, he spent five years as Deputy Under-Treasurer before moving to the Tasmanian Development Authority as Managing Director.

Don was Secretary of the Tasmanian Department of Treasury and Finance between 1993 and 2010.

Since 2010, Don has served as Chairman of Transend Networks and the Tasmanian Public Finance Corporation, as President (Chair) and Deputy President of the Retirement Benefits Fund and as a director of TasNetworks. He also chaired the Audit and Risk Committee for Victoria’s Independent Broad-Based Anti-Corruption Commission .

In 2013, Don was made a Member of the Order of Australia for service to economics and public administration in Tasmania.

He was made a National Fellow of the Institute of Public Administration Australia in 2011. In 2013, he was awarded the University of Tasmania’s Distinguished Alumni and in the same year was made a Life Member of the Economic Society of Australia.

He is currently Chairman of the Motor Accidents Insurance Board, Chair of the Tasmanian Symphony Orchestra and a senior adviser with Flagstaff Partners. 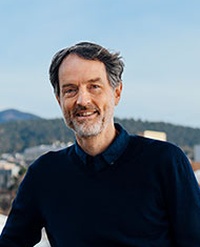 Rufus’ private sector experience includes nine years as a partner at McKinsey and Company, serving clients in Australia and Asia, and as a Director for national law firm Corrs Chambers Westgarth. His educational and social sector experience includes being President of Museums Victoria, Deputy Chancellor of Victoria University, founding Chair of the Board of Teach for Australia,  Director of the New York based Teach for All and a Director of the Walter and Eliza Hall Institute of Medical Research.

He has worked extensively for government at federal and state levels.

He conducted the Black Review into the Department of Defence and the Prime Minister’s Independent Review of the Australian Intelligence Community and was the Strategic Advisor to the Secretary of Education in Victoria. He was a Board Member of Innovation Science Australia.

Rufus holds degrees in law, politics, economics, ethics and theology from the University of Melbourne and Oxford University, the latter of which as a Rhodes Scholar. 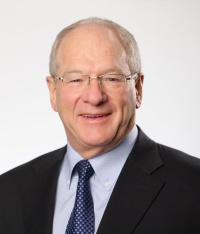 Dale began his career as an apprentice diesel mechanic with William Adams in 1967 and completed his qualification in 1970.

After working in a range of positions for William Adams, Dale travelled and worked as a field serviceman for Finning Tractor, the Caterpillar dealer in British Columbia, Canada before returning to continue his career with William Adams in Australia.

In 1975, Dale left William Adams and commenced the development of a mining equipment manufacturing business in Burnie and acquired William Adams in 1987, achieving his life-long ambition to become a Caterpillar Dealer.

Today, the companies in which the group holds a full, majority or substantial interest, employ more than 2900 people, have combined annual revenues exceeding AUD$1.5 billion and operate in 10 countries.

Dale is the Executive Chairman of the Elphinstone Group andhas extensive experience in the engineering, manufacturing and heavy machinery industries and is the longest serving Caterpillar dealer principal in Australia.

Between 2014 and 2017, he was Joint Chair alongside the Prime Minister on the Joint Commonwealth and Tasmanian Economic Council and remains Chair of the industry members of this council.

In 2019, Dale was made an Officer of the Order of Australia.

Tim has more than 30 years’ experience in business leadership, management and strategic development.

Since joining his family’s business in 2003, Tim has overseen Stornoway’s development from a local civil contractor into a national provider of specialised civil infrastructure services, with the business now providing civil asset services nationally to all levels of government, as well as to customers in the property, construction and resources sectors.

After 11 years as Stornoway’s CEO and Managing Director, Tim moved into the role of Executive Chairman in 2014 and remains actively involved in oversight and governance of Stornoway as it continues to develop as a customer-centric, service-based business, built on a strong organisational culture.

Tim was appointed as a Director of Metro Tasmania in 2015, stepping into the role of Chair in 2019. He chairs the board at a time of increasing community focus on the role and value of public transport, working with the board on overseeing the building of a strong service culture and a refreshed bus fleet.

Tim has been actively involved in the water industry for the past 15 years and has been Tasmanian State President of the industry’s peak body, the Australian Water Association, since 2015. 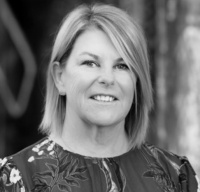 Kym Goodes is recognised as one of the foremost public voices in Tasmania.

Kym has two decades of experience working in government and the not for profit sector in social and economic public policy fields as diverse as education, employment, transport, energy, digital inclusion, health, housing and human services. She has worked across both the public and private sectors as a sought-after adviser specialising in public engagement and evidence informed policy and program responses.

As the previous CEO of TasCOSS, Kym was recognised for her work to challenge and change the systems, behaviours and attitudes that lead to inequality and disadvantage. A recognised leader and change maker, Kym has worked as an advocate and lobbyist on a range of policy, projects and legislative changes that contribute to ensuring everyone has the opportunity to live a good life in this beautiful island state.

In addition to her work in her advisory business, Kym is a Director on the Brand Tasmania Board, is the Chair of the East Coast Tasmania Tourism Board, Tourism Industry Council of Tasmania Board, a state council member of the Australian Institute of Company Directors and is a Director on the Board of Wintringham, a unique national aged care provider supporting older Australians who have spent many years homeless and living in poverty.

Further to her governance roles, Kym is a Ministerial appointed member of the Premiers Health and Wellbeing Advisory Council, 26TEN Coalition and the Strategic Growth Industry group.

Currently, Kym is the principal of 3P Advisory, working with organisations and their local communities on achieving partnerships and public policy solutions to range of social and economic needs 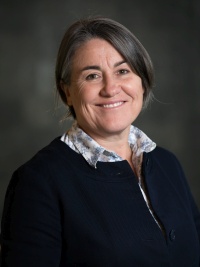 Samantha has 25 years' experience in executive management across the resources and infrastructure sectors, and broad Australian and international experience in finance, marketing and strategic projects.

Her most recent executive role was as Chief Financial Officer of Transurban through a period when the business grew to become a top 20 ASX company.

Samantha is a fellow of the Australian Institute of Company Directors. 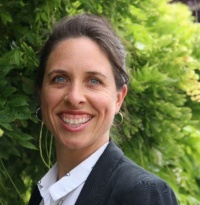 Leanne has a wealth of experience as a leader in social policy development, including working at the coal face with young people and shaping, delivering and communicating policies which impact on them and empower them to shape their own future.

This follows a successful career as a senior manager in the public sector including senior government advisory roles.  Leanne’s most recent role was Chief of Staff to Tasmania’s Deputy Premier and Minister for Education and Training.

Leanne is passionate about providing a voice for children and young people, believes strongly in the transformative power of education and early intervention and the value of every young person in shaping the future of Tasmania. Paul joined Bank of us as Chief Executive Officer in 2005 and has been responsible for laying the foundations for the growth and development of the company. Prior to this Paul had 25 years’ experience in local government including 18 years’ combined experience as General Manager at Meander Valley and West Tamar Councils.

Paul is a life member of Local Government Managers Australia and a Fellow and Graduate of the Australian Institute of Company Directors. Brett Torossi is a well-respected, inventive and successful business woman. Brett has a passion for great design and innovative ideas and strives for excellence in development projects, creating communities and destinations that both move and inspire. Understanding and synthesising the interconnectedness of all things is the way Brett simultaneously creates social, environmental and economic value in all she does.

She has been widely recognised for her award-winning tourism developments that incorporate community values while flourishing commercially.

Brett conceived, developed and oversees three of Tasmania’s multi award-winning accommodation developments, the Avalon Coastal Retreat, the Rocky Hills Retreat and the Avalon City Retreat. For her, it is all about how she wants her guests to feel and how they experience the best of ‘Tasmanianess’.

With more than 25 years of governance, advocacy and strategic experience Brett brings value to the wider community through her corporate advisory roles, extensive network and board positions across business, property development, culture, and the heritage and tourism sectors.

Brett holds positions on a number of boards, including as a Director of Tourism Tasmania, Chair of the Tourism Tasmania Finance, Audit and Risk Committee, Chair of Trustees of the Tasmanian Museum and Art Gallery, Chair of the Tasmanian Heritage Council, Director of Brand Tasmania, Vice President of the International Women’s Forum Australia, Member of the Rhodes Scholarship Selection Panel and is the Heritage representative on the Premier’s Visitor Economy Advisory Council.

The Secretariat will consult with a Head of Agency reference group consisting of the Secretaries of The Departments of Treasury and Finance, Premier and Cabinet and State Growth.

The unit will be responsible for drafting agendas, undertaking research, liaising with the State Control Centre and the Recovery Advisor, equivalent bodies in the Australian Government and other jurisdictions, State Agencies and Government Businesses and will prepare policy papers, including recommendations, for the consideration of PESRAC.